Monday was a 3 groups steady ride to Randa. Great weather and we had a most enjoyable time pedalling along the quiet smooth lanes. For those who had ridden Randa-Cura before, they had a nice surprise as the road had been resurfaced since last year and now the climb is easier than before! 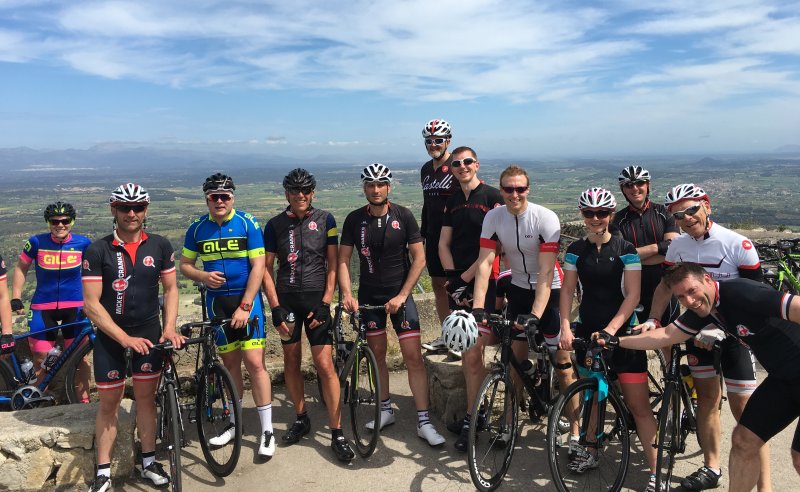 Before descending, a quick phone call to Bar Triquet to warn that 40 riders will be arriving on mass in 1 hour for sustainance. All down safely, regroup and make our way to Sineu for a well earned lunch stop. On arrival, the leg pains vanished as there was a pleasant surprise in the form of Irish legend and cycling hero to many of Sean Kelly! Sean was as accommodating as ever, a few selfies were taken and then the need for food took priority! 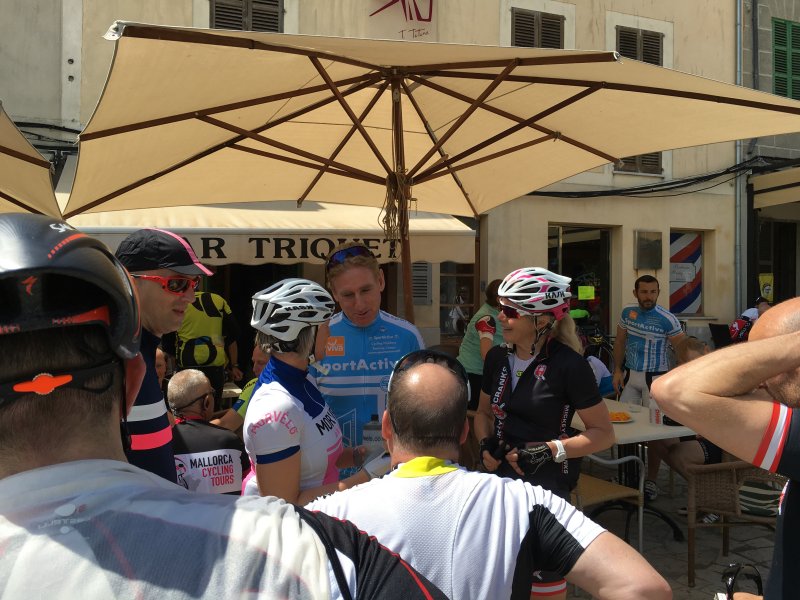 On the spin back to the Port, we were then graced by Sean’s presence again, as he tagged along for a while – what a superstar! 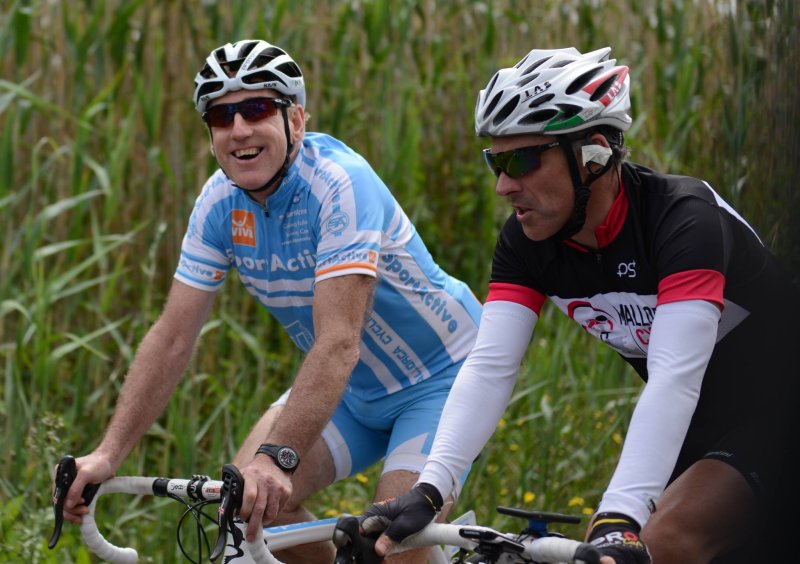 Tuesdays ride was about a visit to the legendary Sa Calobra! Getting away early was essential to be ahead of the coaches and with only a brief drink stop on route we were at the top of the Coll dels Reis in good time. Getting down was harder than anticipated with a film crew closing the road for a while. However, the benefit was that as we were at the front of the queue, as soon as the road was re-opened, we had one of the best descents in a long time with a pretty much empty road! 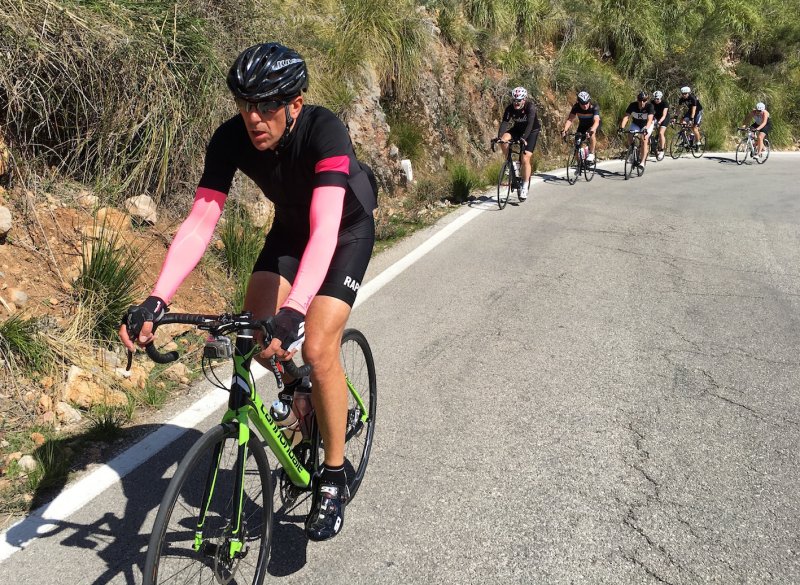 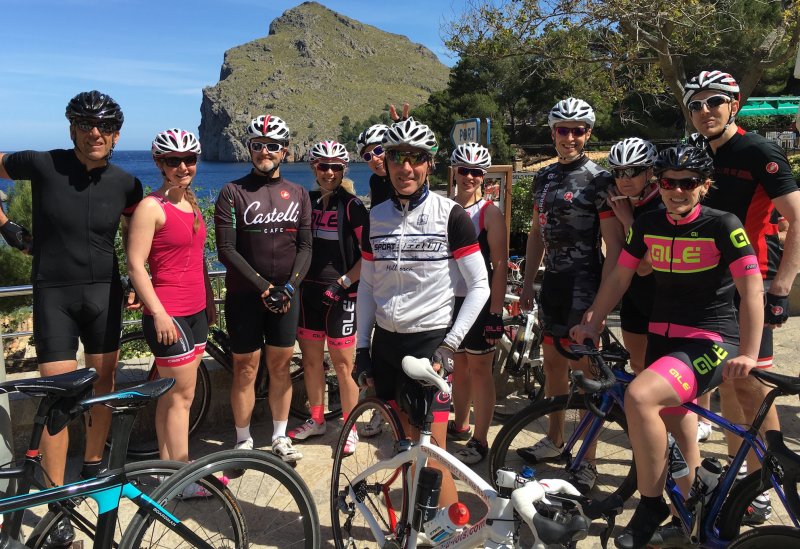 Quick selfies, group pictures and then climbing back up before the legs get cold. 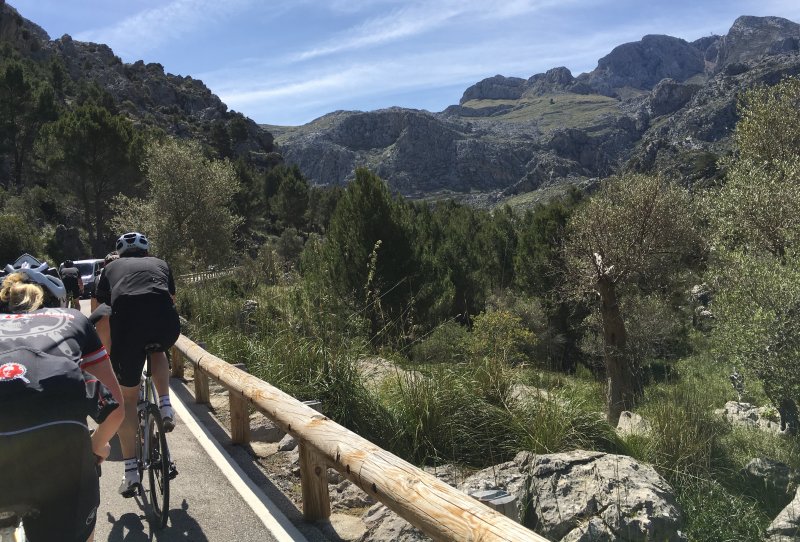 The top is up there somewhere! 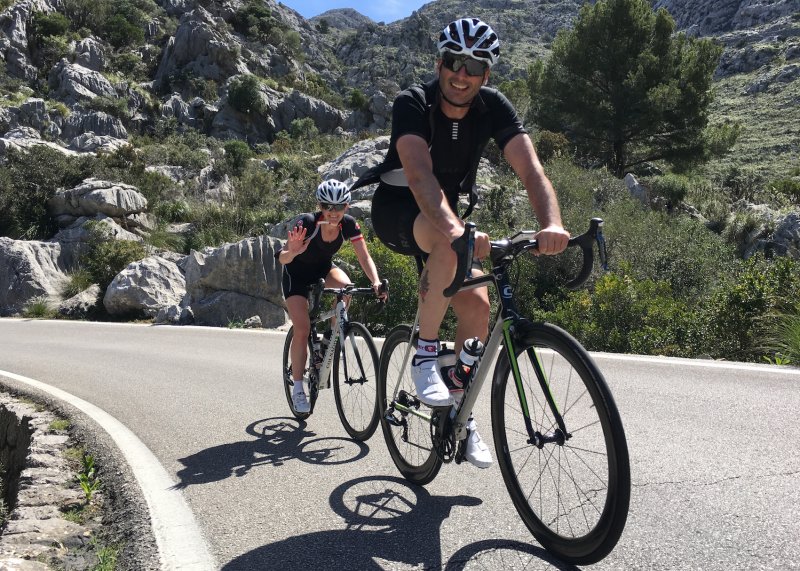 Smiling on the way up to a personal best time! 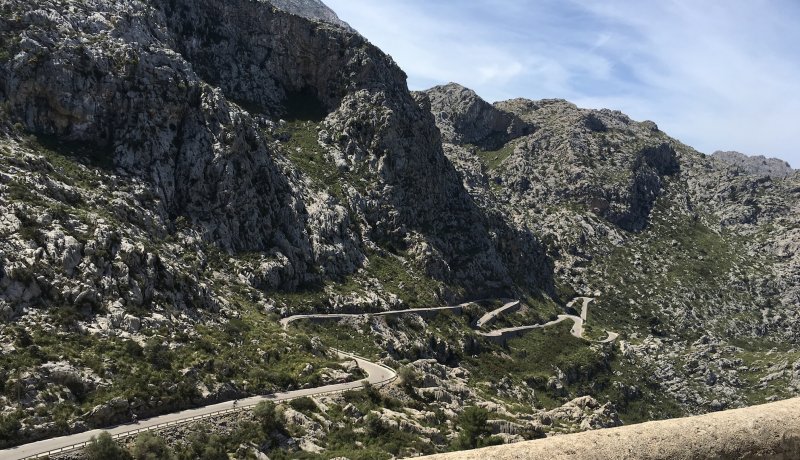 Nearly up and a great view down 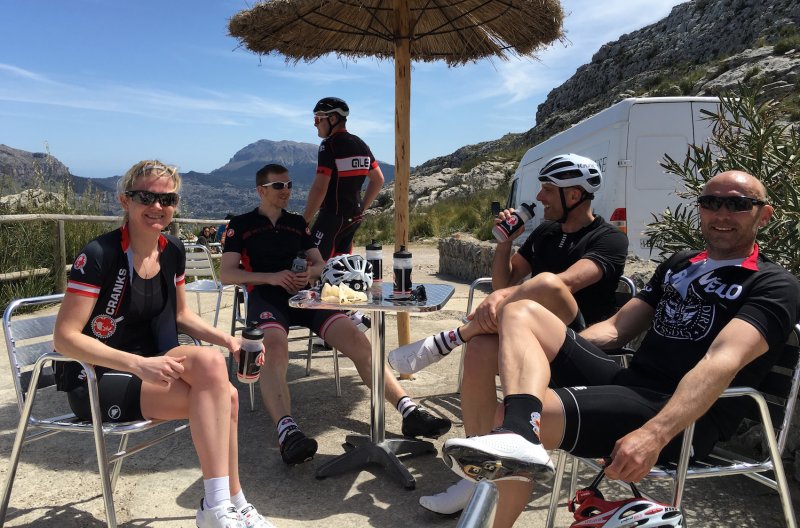 Now that was easy – shall we do it again soon?

Needless to say the ride back was substantially easier and within a few hours, the recovery process was underway ready for the next challenge!  Fantastic day out, super groups and such banter!

Friday – Last ride of the week was to take in Puig Major.  A steady flat ride out to Santa Maria, a quick coffee, then Bunyola, climb over Coll de  Soller and after refuelling in the square, out via Fornalutx, tackle the climb up to the tunnel and then enjoy the descent back to the Port. Well that’s ignoring the fact that you don’t really descend continuously from the highest point but it’s kind of downhill back!

The ride out to Soller went pretty much to plan and on time but then we had the misfortune to get one of those cafe/restaurant stops where they just don’t seem to be able to deliver. A rather long wait for drinks and food. Lovely climb out through the pretty Fornalutx and then the physical/mental test of climbing to the top. Nobody said “Are we nearly at the top yet?” Regroup at the tunnel, resume riding before we got too cold only to discover on exit of the tunnel, we had a light rain to deal with for the return journey! The group were excellent, no dangerous descending, all careful and we had a safe return to the Port. 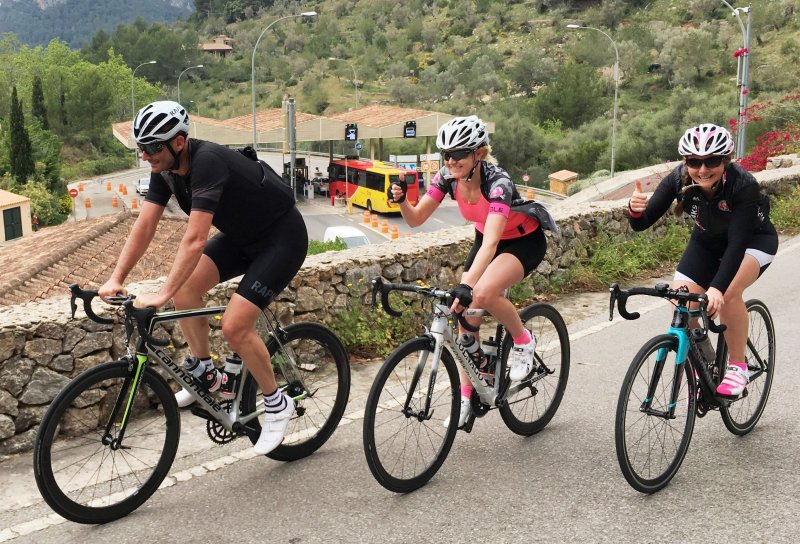 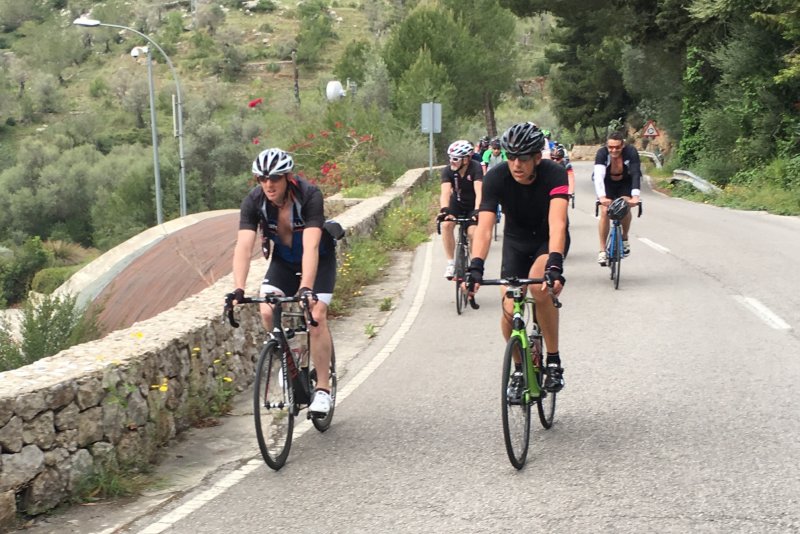 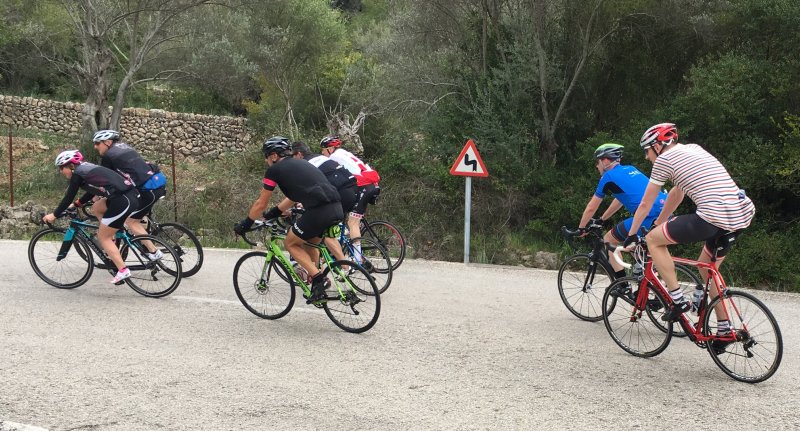 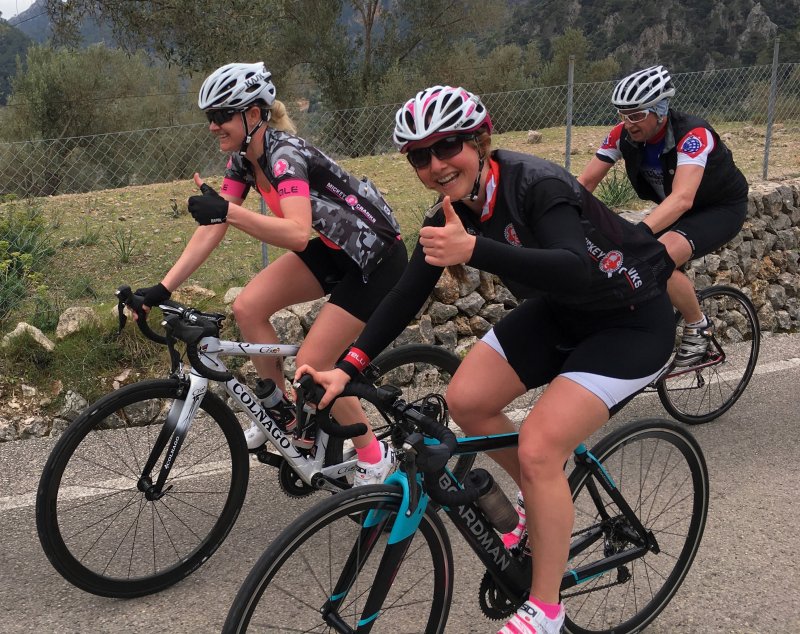 Up Coll de Soller – all smiles! 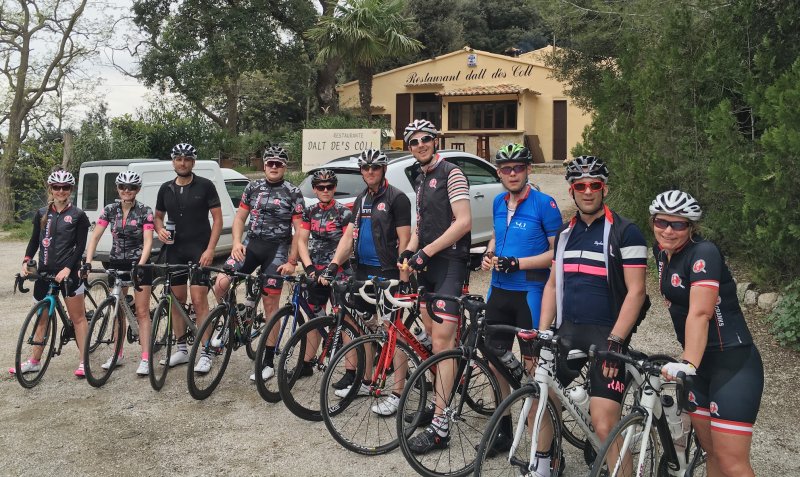 Group photo (well who we could assemble together!) 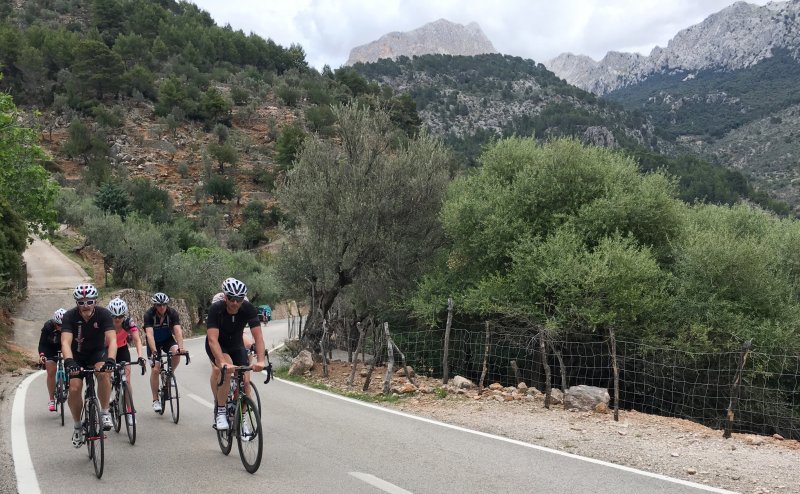 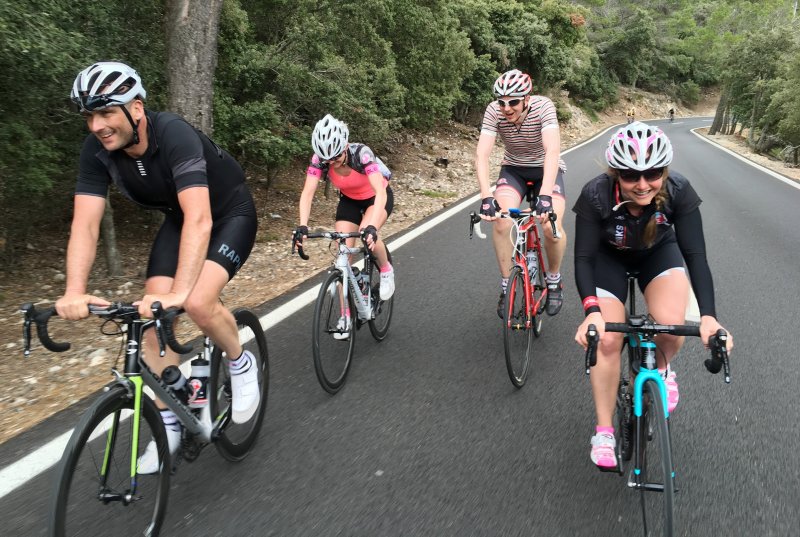 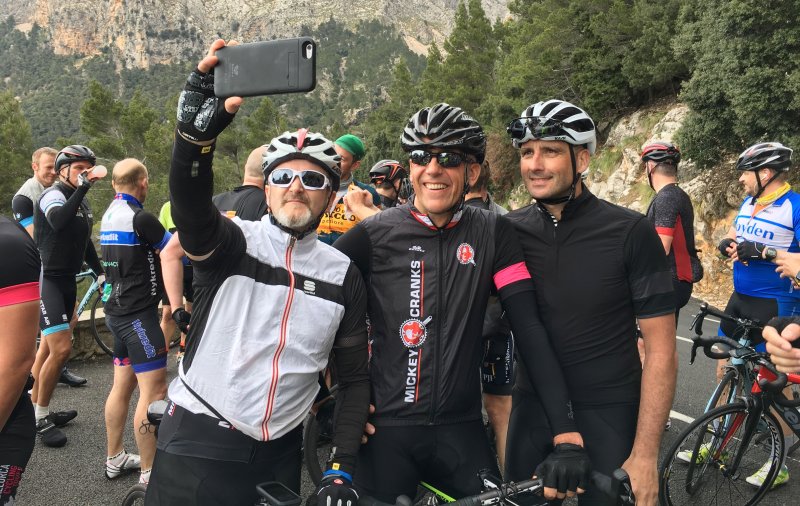 Selfies at the top 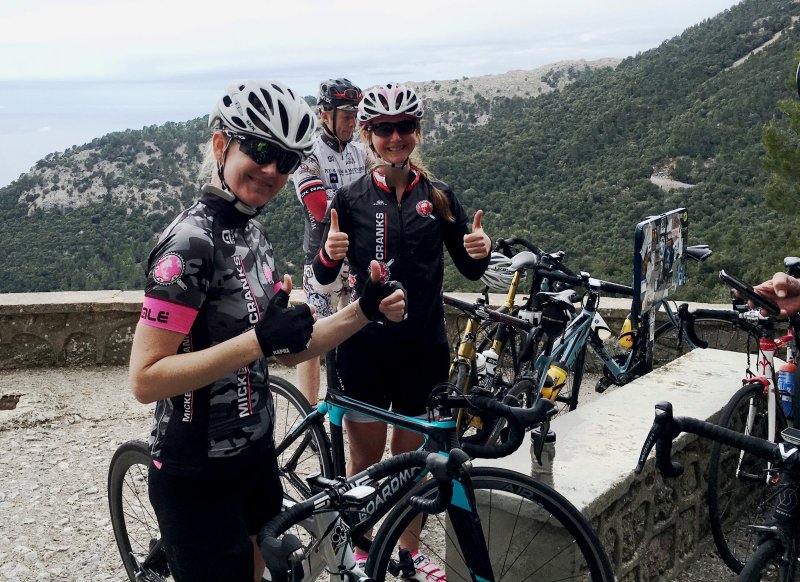 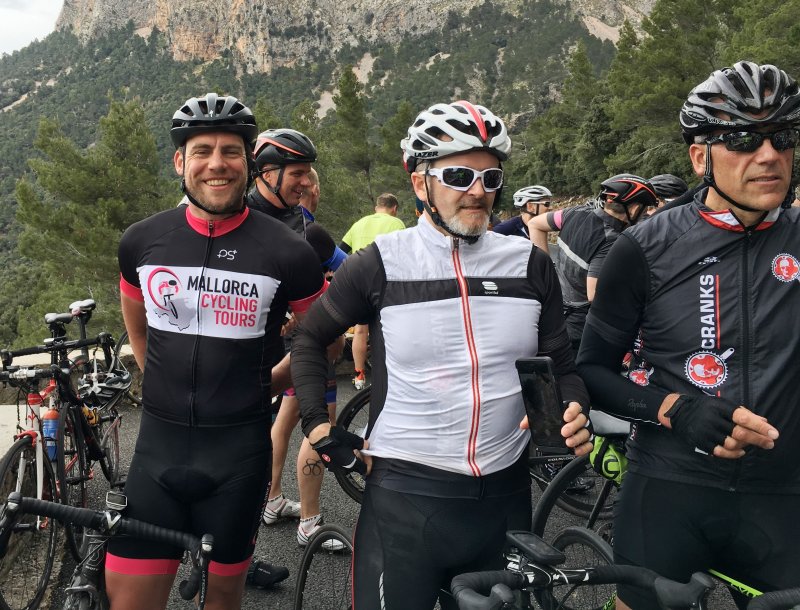 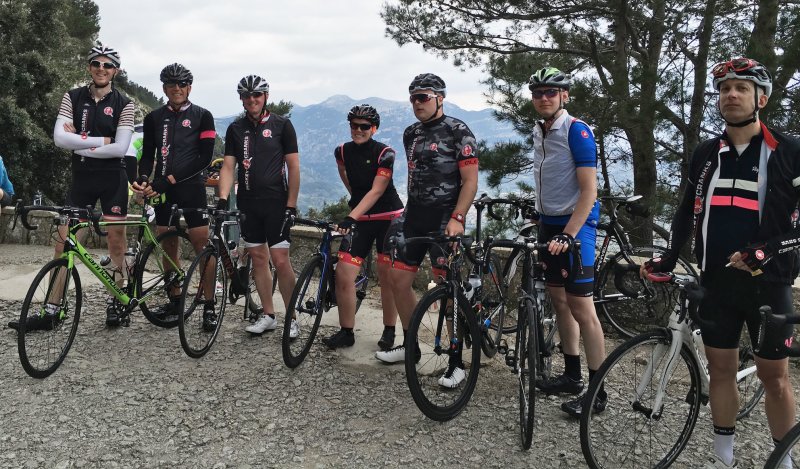 No more pictures on this ride as once through the tunnel, we had light rain, so it was too dangerous and very little visibility for any more!

The end of a brilliant week, with a lovely club and a pleasure to spend time with on and off the bikes.