This week contained it all! We had a real diversity of places we visited, routes we took, speeds that we cycled at and real characters to complete it all.

Sunday was the official start of a new Tour and all the clients had arrived eager to ride and experience the good weather and great routes on offer. Being the first day a steady ride to Petra was planned. The group rode out as one on generally level roads passing through Alcudia and C’an Picafort. After the first couple of hills the ‘sorting hat’ in the guise of Mark suggested that the group split in to two, with the first group taking a longer route towards Manacor and doing the loop through the picturesque Bosc valley. The second group took a less strenous but equally pleasant route via one of the plentiful lanes before emerging on to the main road towards Petra. Good timing meant that all arrived in the main square in Petra within minutes of each other, however some took longer to recuperate than others, due to one rider ( who should remain nameless, but it was Roger!) handing out a bag of sore legs on the climb. Fed and watered, the group continued through the lanes towards Sineu, ultimately making their way towards Sa Pobla where, for the keen members, a climb to the monastery of Santa Magdalena awaited. The remainder continued towards the hilltop village of Campanet for a quick coffee stop. The bunch regrouped at this point and then a steady run back to Port Pollenca via the Campanet valley rounded off the day. 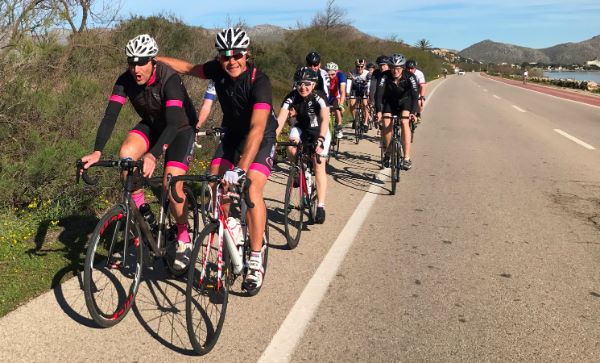 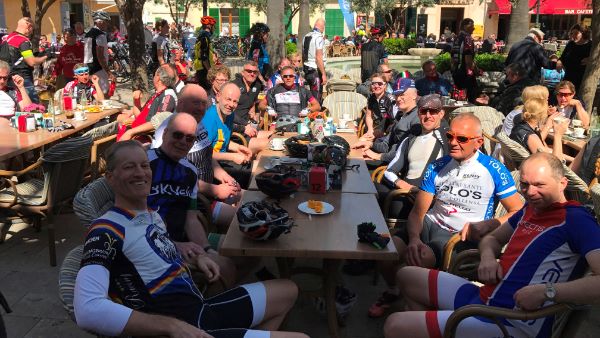 Monday dawned bright and sunny and for some of the group a ride to the monastery at Randa was the order of the day. Legs were warmed up with a fairly brisk tempo along the lanes towards Inca before a brief coffee stop in Algaida. After a few kilometers on a gently graded road, the group swung left on to the climb where the day’s work began. Huge grins and super views from the top were followed by a swift descent and then rolling roads swept the group on to Sineu for a well deserved lunch. Rolling roads back to Muro were followed by a steady spin through the lanes behind Alcudia providing an opportunity to take in the views and loosen off the legs before returning home. 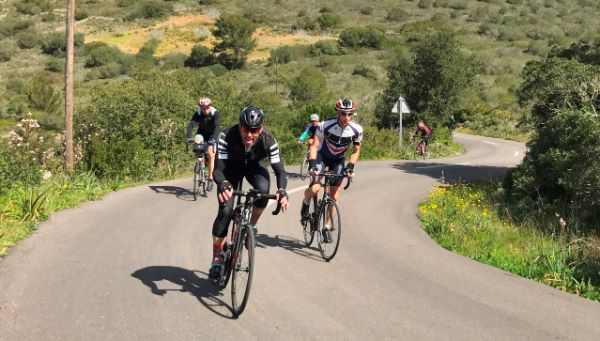 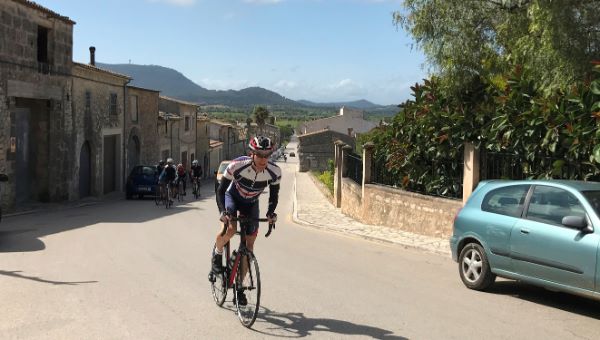 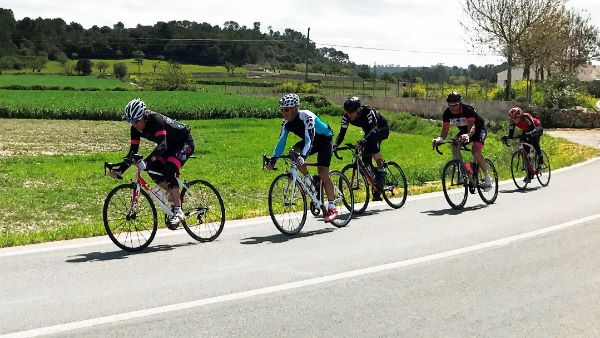 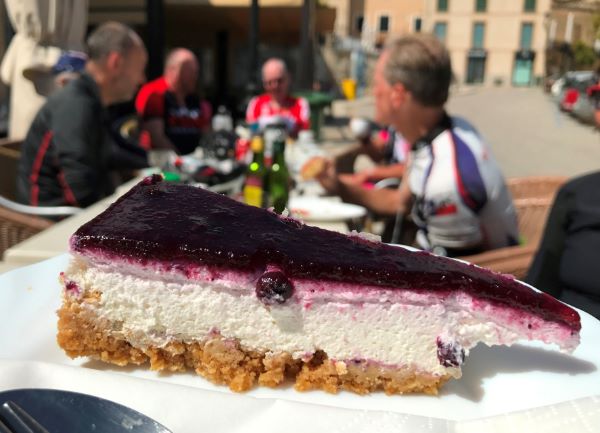 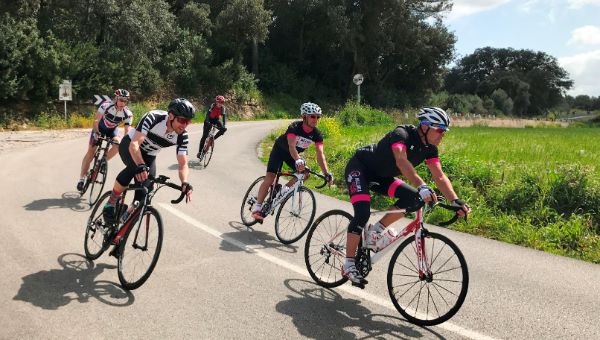 Tuesday was a red letter day for the climbers with an excursion to Sa Calobra on the menu. For all, this legendary descent and climb was on their ‘bucket list’. The bunch set off at timed intervals ascending the first climb of the day, the Col de Femenia, regrouping at the Col de Sa Battalla for a coffee. The rolling roads towards Soller were followed, passing spectacular views en route, before the peak of the Col de Reis swung in to view. The bunch paused momentarily before hurtling down the slopes towards sea level and after the 8 kilometers of sweeping bends, hairpin turns and fast straights, finally arrived at the scenic Torrent de Pareis. After a brief stop for photographs, there was the inevitable ‘ so where next?’ question. The answer was simple – back up the way! Some were so taken with Sa Calobra that once was simply not enough! Step forward Ron Hawks, who had second helpings of this epic route. Lunch was taken in Caimari with the newly conquered climbs as a backdrop. Smooth roads transported the bunch back towards Pollenca to complete the day. 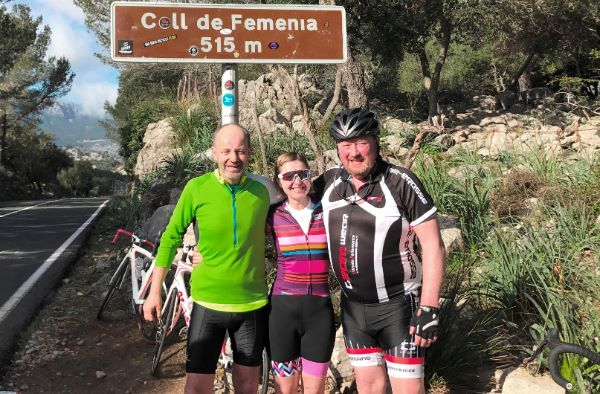 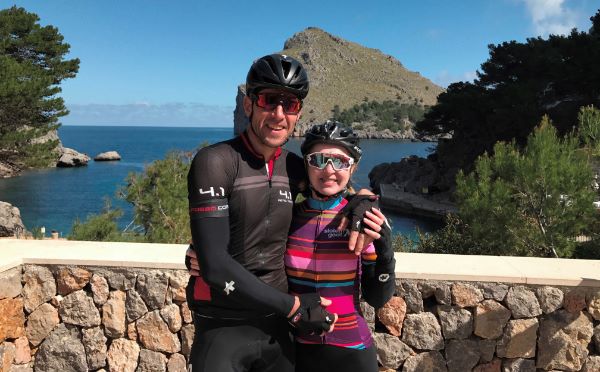 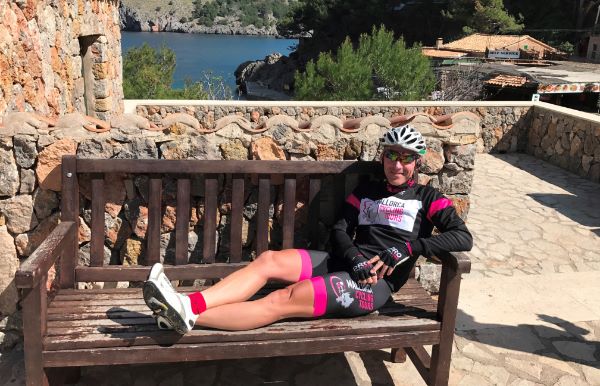 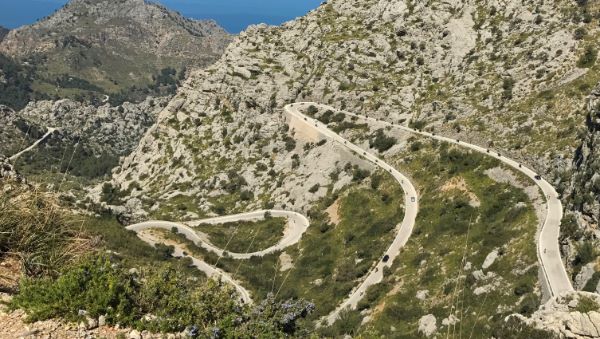 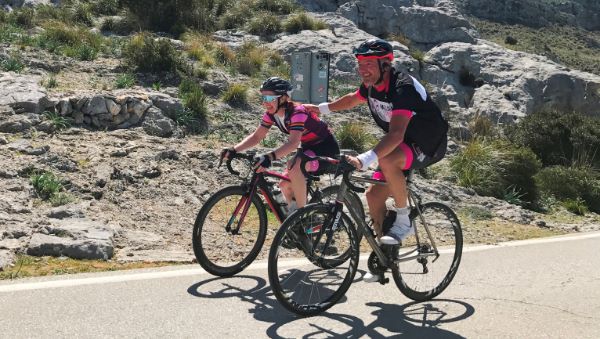 Wednesday was a rest day – so that meant the beach, Formentor (The lighthouse ride) or anything that seemed appealing. We had a group meal in Tolos during the evening since 2 of the group, Finlay and Will had to depart in the morning. 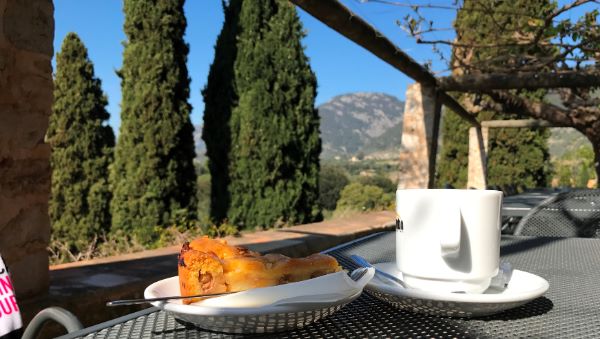 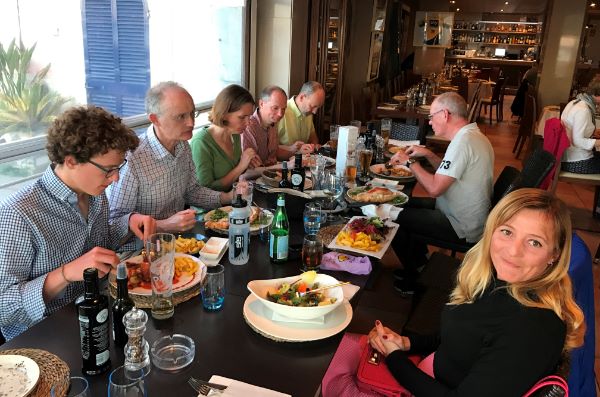 Thursday for some involved the fabulous ride from Andratx to Pollenca, known as the MA 10 route. See Mark’s report on this….

For those still seeking a challenge, but one a little less strenous, a trip to Orient was planned. A steady pace was maintained through the flat lanes leading to Santa Maria,allowing the legs to wake up gently, with a final coffee stop. Steady pedalling brought the group in to the town of Bunyola and the start of the ascent of the Col de Honor. Several hairpin bends later the group arrived at the top and then made their way down in to the valley leading to the tiny village of Orient passing the Col de Orient in the process. The pace quickened as the bunch advanced on to the spectacular descent on smooth and open roads, before reaching Selva for a lunch stop. Using the quiet lanes again, the riders returned through the hamlets of Moscari and Campanet before finally arriving in the Port to complete another memorable day.

Friday signalled the end of the week for some, however the group was augmented by the arrival of the T3 Tri athlete club from Ireland and where better to spend one’s last day but the seaside! Leaving Pollensa the group took in the views of the bay of Pollenca, before splitting at Alcudia. The less tired legs opted for a longer route via Muro and Santa Margalida. The other group took a more direct and level option through Alcudia and Can Picafort. Ultimately all were heading for the coast and the bay at Son Serra de Marina. The first group enjoyed a glorious tailwind after a brief climb outside Santa Margalida. With the hard work done it was time to have a well deserved drink and for some, cake, whilst enjoying the sun and superb views over the sea and surrounding mountains. It’s a lovely way to pass the time, but some had flights to catch, so after some gentle persuasion, bottles were refilled and bikes were pointed in the direction of home. A gentle pace was set for the directly routed group but the new arrivals and a few that wanted to suffer more, sorry, enjoy a bit more of the glorious climbing, routed back via Muro and Santa Margalida, Campanet, Caimari and then up the Col de sa Batalla (aka the Petrol Station climb) and after a regrouping, the glorious descent down past Pollensa.